Our new album about to be released!

“Under the Star”, our new disc is about to be released in September with Evidence Classics. Recorded at ACB-National Stage of Bar-le-Duc last February, this new project tackles the theme of night, its questions, its celebrations and its quest for meaning by Lili Boulanger, Eugène Ysaÿe, Antonio Vivaldi and our dearest Alex Nante that we find back on this project and freshly nominated at the Victoires de la Musique Classique this year.
The disc release will take place in Paris at the Ranelagh’s Theatre on the 18th and 19th of October, we hope to see you there numerous!

Back on Avignon Festival Off 2022!

“Vivaldi, the golden age”, our show gathering a lot of Vivaldi’s unpublished work, and whose album was nominated for the International Classical Music Awards 2022, triumphed at Avignon’s Festival this summer. Thank you so much to all of us, you were numerous to attend our shows and support us. See you soon on tour during this coming season 22/23. 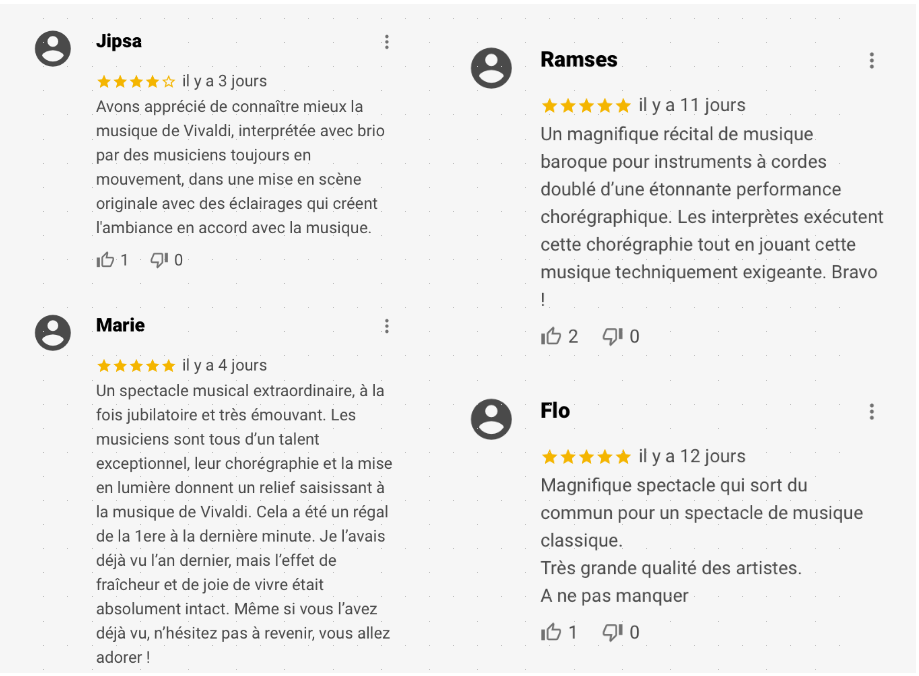 The disc is still available on every plateforms!