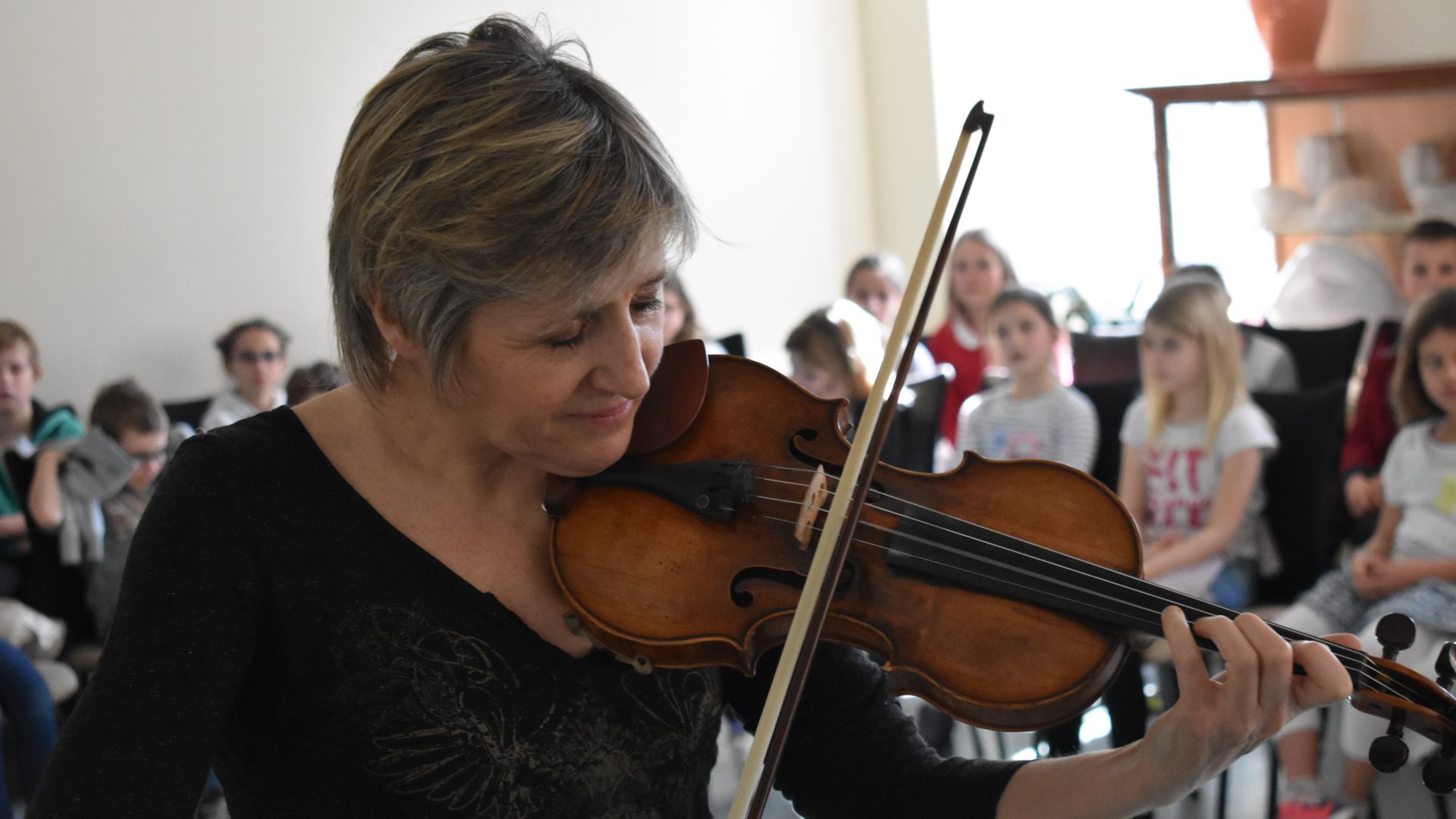 From neophytes to amateur musicians, from young children to the elderly ones, musicians of the Concert Idéal go to meet everyone without distinction !
Wanting to transmit the classical music passion to everyone, the Ensemble is at the origin of many educational actions. Le Concert Idéal offers pedagogical cycles around its programs in order to offer listening keys to audiences far from classical music. The musicians thus intervene in many places : school, hospital, or even in prison.
Led by 2 or 3 musicians, these cycles, made up of several sessions, allow spectators to discover the history of classical music in a fun way. In the form of themes, these regular interventions alternate presentation of instruments and short musical extracts commented by the musicians themselves who interact directly with the public.

In 2020 and renewed in 2021, Le Concert Idéal operates within the Saint-Amand-Montrond hospital in partnership with the Noirlac Abbey, for a cycle of 6 thematic sessions. In connection with L’Heure Bleue, musicians approach music through the centuries, from the Medieval period to today, in an interactive and fun way.
Each intervention gives rise to the presentation of the movement and the instruments of each era, accompanied by an interpretation of a work. The designer Catherine Durand accompanies each session and will offer workshops to the participants in order to express their emotions in drawings.
The cycle ends with a restitution in music, a commented concert of the Blue Hour at the Noirlac Abbey, and an exhibition of the works of the participants.
The aim of the cycle is to transmit knowledge, to introduce classical music to others, by offering listening keys to an audience that does not know the basics.